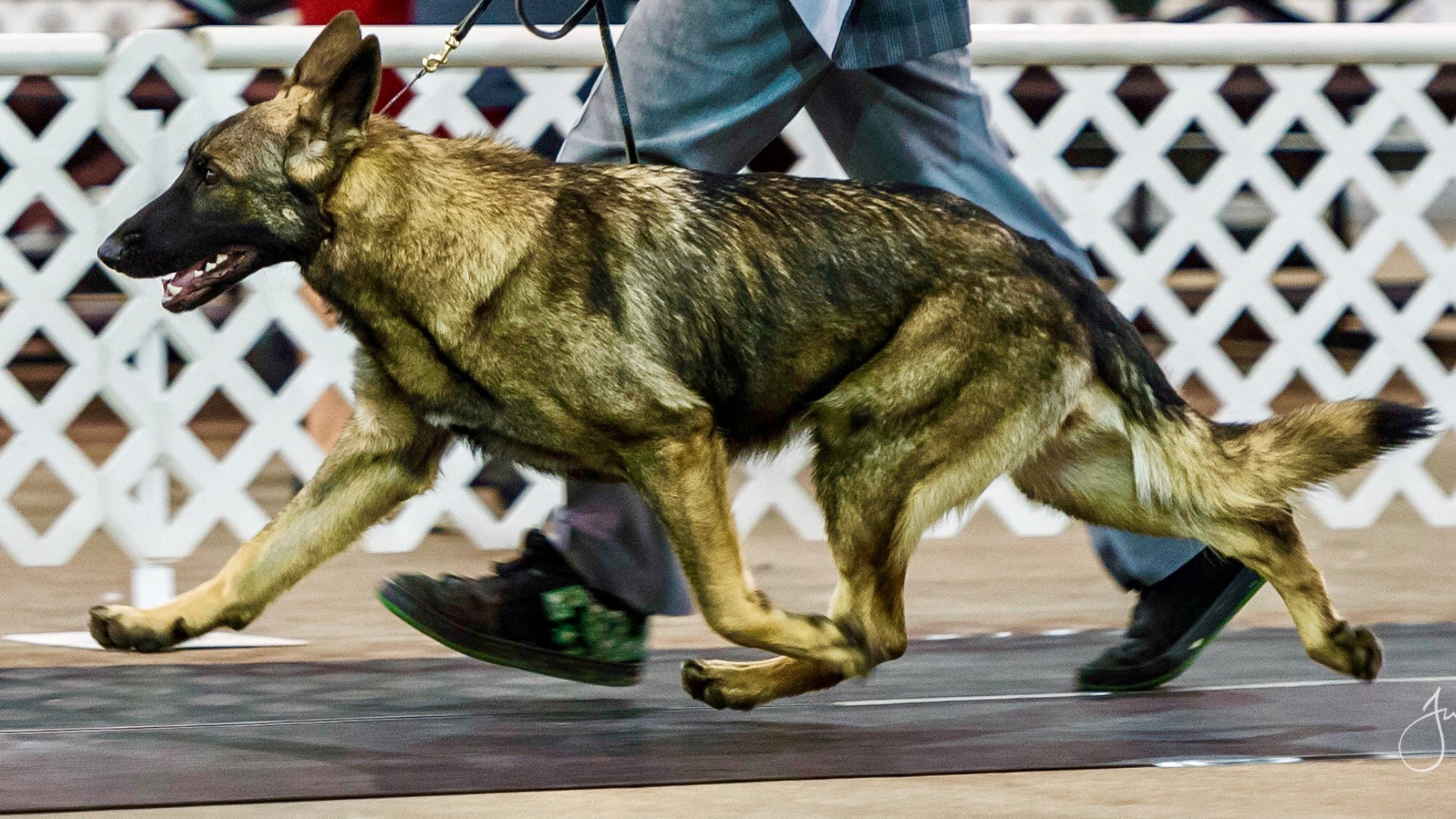 We wanted to share our Perfectly Raw success story with you. Both of our GSD puppies from Garry and Chris Burke of Snowycreek Shepherds have been raised on Perfectly Raw. Joules got her Canadian Championship at 7 months and Harlow now 10 months is one point away from being a Canadian Champion, and recently won Best of Breed over the top GSD’s in Canada. Both puppies were featured in Canuck Dogs!

In 2015, we were introduced to your product through our Dane’s breeder, and since 2017, we have been purchasing breeder volumes through Kim at PetValu Shawnessy in Calgary. We had previously tried different raw food from other vendors, but Harlow’s poop smelled like bleach because of her sensitive digestive system. Once we switched to Perfectly Raw, her poop lost that bleach smell and you would not believe the difference in our dog’s coats! Also, Jericho, our old GSD, had a pulverulent central cataract in his left eye. He was a kibble fed dog, but since switching him to Perfectly Raw, his sight stopped regressing. At his recent vet check up, our vet noticed that his eye no longer has that milky look and he seems to have better vision. He will turn 10 years old this year.

Because of our successes, we’ve introduced Perfectly Raw to two of our breeder friends, and we’re growing our Perfectly Raw family.

Thanks so much,
Helen Chang and Brad Smith